We Animate Your Logo

Save as Jpeg Works on Gmail and Google Docs

Just me shooting off again
Is a vote for the Liberal in the Ontario election a vote for higher taxes? The answer is no, if this party is committed to Pension reform. lack of adequate pension coverage for the self employed and marginally employed working people in Ontario is of great concern to the community. If this issue is not addressed it will affect future prosperity.
The working poor and the destitute in Ontario remain without adequate protection from inflation, the poor need more chances to work and be allowed to earn more money.
The Mike Harris Conservatives removed the food allowance from welfare and asked the poor to eat in soup kitchens instead The Harris Conservative faced protest from teachers and government workers. Tim Hudak was a Junior member of the Mike Harris Government..
There has been mention made of the possibility of a coalition government this might mean the NDP would have a say in labour and social services. However in the Guelph Riding will likely re elect Liz Sandals Liberal and the NDP will run second. The voters in the  GTA will decide the standing of the parties in this Election.
So it is your choice your future.
Posted by Black Dot Com. Inc. at 12:13 No comments:

Email ThisBlogThis!Share to TwitterShare to FacebookShare to Pinterest
Labels: 3D Fashion, If Boutique

Click on the logo for the Downtown website"It's really kind of hard to be a suburb of nothing. If you don't have a downtown, you really don't have anything. It's hard to build a community around parking lots and subdivisions.Hockey NewsCup BlogSee the Games on TV
Posted by Black Dot Com. Inc. at 17:02 No comments:

We Animate Your Logo

Save as Jpeg Works on Gmail and Google Docs

Godzilla How They Made Him Roar: Stone Store

Photo From Food Pages.ca Facebook
Scientists find old Godzilla copperlite in a cave and decide to make jewelry out of it. This act causes earthquakes that awakes Mutos that like to snack on nuclear weapons.
These huge Gargoyles with wings need to mate. so the Pacific from Tokyo north is a war zone The Muto decide California is the place to make out. their foreplay involves the destruction of the Golden Gate Bridge. Enter Godzillas, our hero, his long tail and fiery breath bring an end to this story and he slumps back into the sea.
This of course is fiction, but so is the movie This movie is scary well animated and well worth seeing..
How they may him Roar
Is 3D Just Hype
What is A Muto
Zilla Wallpaper
Posted by Black Dot Com. Inc. at 14:40 No comments:

Do it in Ontario:Tupperware Guelph Party

Tupperware Party In Your Home
519-767-1058
tupperwarelindak@gmail.com

A Conservative Point of View: Accounting in Guelph

How to Help your candidate get elected in Ontario :Western Hotel

How a candidate looks can influence vote Why lower the voting ageBehind the scenes How it all worksThe Ontario Liberals Online
Posted by Black Dot Com. Inc. at 08:43 No comments:

Email ThisBlogThis!Share to TwitterShare to FacebookShare to Pinterest
Labels: How to help your Candidate get Elected:Western Hotel

Movie Review
The Amazing Spiderman views well in 3D. The story is involving, with great animation and effects. Sally Fields does her thing as the female guiding light she is Spidey's Aunt. Andrew Garfield does a commendable job holding down the lead.Emma Stone is the female lead.
How They Made Him 3D
The Music Is brash brass and effects
Cast
Posted by Black Dot Com. Inc. at 13:59 No comments:

We're on your Mobile: Blackdot

How it WorksWho can voteRead This PollNanos
Posted by Black Dot Com. Inc. at 12:27 No comments:

Click on the logo for the Downtown websiteElection JobsCan I Vote
Posted by Black Dot Com. Inc. at 09:18 No comments: 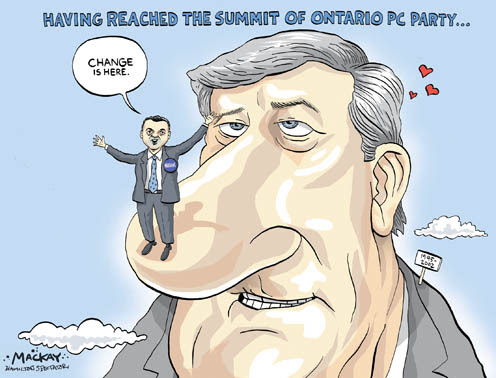 Email ThisBlogThis!Share to TwitterShare to FacebookShare to Pinterest
Labels: Stone Store Guelph, Tim Hudack who is he?

Tupperware Party In Your Home
519-767-1058
tupperwarelindak@gmail.com

Vs Mike HarrisLearn How it worksCarp
Posted by Black Dot Com. Inc. at 10:07 No comments:

See it on your Phone: Blackdot

Email ThisBlogThis!Share to TwitterShare to FacebookShare to Pinterest
Labels: See it on your

There is an election in Ontario; during the campaign This blog will provide a thoughtful look at the This election. Starting with this editorial.

There is a saying in Ontario politics, that a vote for the NDP is a wasted vote. In this particular election this is true. Right now Ontario is one of the better places to live in the world if you have full time work. This Province needs decisive leadership and the NDP has a wishy washy record at best and stands no chance of forming a government. The NDP started this election in second place but will finish in third. This vote will result in one of the other two parties forming a minority government. This time around if you vote NDP you're actually Voting conservative.
Posted by Black Dot Com. Inc. at 09:09 No comments: